The practice sessions have taken place recently of America’s Cup where the six teams have come together for the first time. 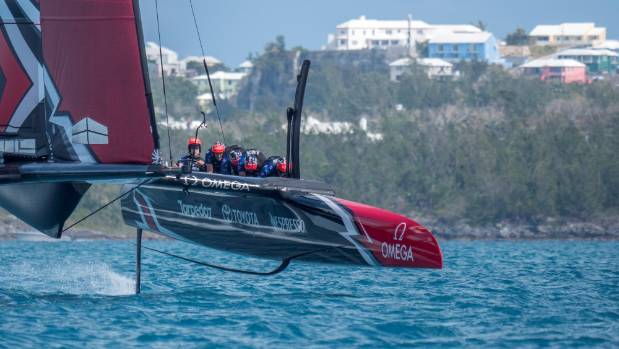 It is not the first time that practice racing took place on Bermuda waters in preparation for America’s Cup Class races. However the recent practice round saw all six teams participating for the first time, covering the race course that would be used in the main races.

The last team to arrive was Emirates Team New Zealand who had their ACC boat re commissioned to get out on the clear waters of Bermuda and commence practice. The first bout of unofficial practice took place on Friday, 28th April when the Groupama Team of France and Artemis Racing lined up and the Kiwis gained an advantageous position against the Swedish team. However, Artemis Racing started about 24 seconds after the Kiwis which made a difference in the winning margin.

Emirates Team was on the practice course for the first time and Glenn Ashby, the skipper, stated that they had learnt much about the course and how close the boats need to be during the races. It would come down to the finest design detail as well as make a mountain out of any small mistake that any team might commit.

Artemis Racing continued to showcase strong form during the practice races. Oracle Team USA dropped out initially, but they beat Land Rover BAR as well as SoftBank Team Japan. For the Land Rover BAR team, they managed to sail in two practice races. They test sailed for three days in total and would be taking advantage of the two point advantage they gained before to start off in the Qualifiers on May 26th. Indeed, fans have been following the races closely though in practice form to determine how well spruced up are the different teams and how they are preparing themselves for the final run.