The Grosse Pointe Sail Club beneath the headship of Commodore Andrea Solak successfully completed the season of sailing and activities. 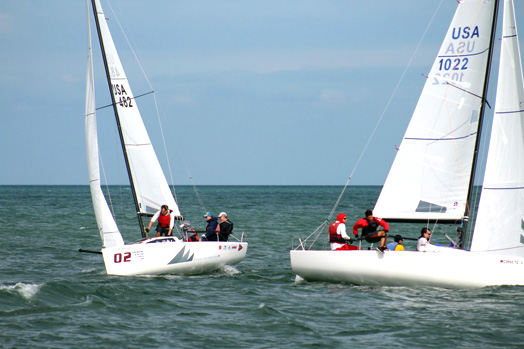 This is one of the most successful events of club in history of 68 years. Sail club organized sailboat racing on the Great Lakes and the event became spectator-friendly. This was the 55th   season of racing that held at Windmill Pointe Park. The racing was kept in the theme that was spectator-friendly, at the time club also did the inauguration of a new race course that will used for the club’s 64th annual regatta. The regatta will held in August 2017.

The races organized by the club were good not only for watching, but it was an adventure for sailors as well. The club again ran Operation Shanghai on night series, in these people who are coming for the first time to Lake St. Clair racing was invited to sail on boat of club member. The participants of any experience level were allowed to join the race either the first-timer or up.

In the event Michael Hershey was one such participant, he was sailing aboard Rapture, a sloop of 38-foot owned by Larry Haggart Sail Club member. Speaking about his experience Hershey said, “I have experience of sailing, but I am not a professional sailor. I only know about the basics of sailing. This event taught me more about sailing and I was really amused to see how things take place in sailing competitions. After the series, I attended the chili party and ne member party where I met with many other sailors.” He further added ‘It is being a wonderful experience, the people of GPSC were great and I would love to be part of next year’s event too. Participation in sailing has generated the interest of sailing once again with me.”